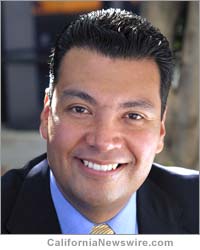 “For decades, California law has required a court order to interrupt or shut down traditional telephone service. SB 1160 would extend these protections to the modern telecommunication networks and preempt any local government or agency policy that allows shut down of service without court review,” said Senator Alex Padilla.

“Open and available communication networks are critical to public safety and a key element of a free and open society. SB 1160 will protect our right of free speech,” added Padilla

In August of 2011, the Bay Area Rapid Transit Agency (BART) shut down mobile services during public protests. Following the shut down, BART’s Board adopted a policy allowing an interruption of telecommunication services under certain circumstances. SB 1160 would protect the public’s access to 911 services and the right to use communication networks for any lawful communications. The bill’s provisions would be technology neutral and would apply to any service used for calling 911, including wireless and Internet-based services. This bill would maintain the statewide standard allowing service interruption only as directed by a court order based on probable cause and would preempt conflicting local policies.