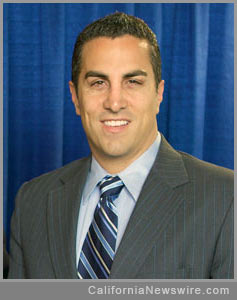 SACRAMENTO, Calif. /California Newswire/ — Legislation to protect and preserve sacred Native American landmarks passed the California State Assembly today by a vote of 56-0, Calif. Assemblyman Mike Gatto has announced. The legislation, AB 52, would ensure that tribes have a say in development projects that affect tribal sacred places and cultural resources, by strengthening the consultation standards with tribes under the California Environmental Quality Act (CEQA).

“Native peoples deserve protections for sites that are a part of their ancient heritage,” said Gatto. “Efforts to maintain them must be considered an essential activity in the preservation of our state’s historic resources.”

California is struggling to preserve the last remnants of its Native American past. Earlier this year, thieves stole carvings from an unprotected sacred site on the Volcanic Tableland, north of Bishop, and developers have sought to place everything from dumps to housing developments to granite mines near, or on top of, ancient sacred sites.

“If we don’t do something to address this, future generations will wonder what happened to California’s pre-Columbian heritage,” said Gatto. “By including tribes in the decision-making process, we will build better relations between cultures and can protect and preserve California’s unique cultural heritage.”

Currently, tribes are not treated as coherent sovereign entities under CEQA, but instead as mere members of the public, even if wishing to express a unified opinion about a site which has been a unique part of the tribe’s heritage for thousands of years. Efforts to reform CEQA, prevent abuse, and create uniformity have stalled, in part, because of concerns by Native Americans that a streamlined CEQA would provide lesser protections for sacred sites.

The bill now moves to the Senate for consideration.

Mike Gatto is the Chairman of the Appropriations Committee of the California State Assembly. He represents the cities of Burbank, Glendale, La Cañada Flintridge, the communities of La Crescenta and Montrose, the Los Angeles neighborhoods of Los Feliz, Silver Lake, Atwater Village, and portions of the Hollywood Hills and East Hollywood. www.asm.ca.gov/gatto