SACRAMENTO, Calif. /California Newswire/ — Today, in his first act as California’s 40th Governor, Governor Gavin Newsom announced a series of major, first-in-the-nation proposals to lower prescription drug and health care costs for all California families and move California closer to the goal of health care for all.

Now, a week after he released his revised budget, Governor Newsom is taking his proposals on the road as part of the statewide “California for All” health care tour. Governor Newsom launched the tour today in Sacramento, and will travel across the state this week hosting events that highlight how the health care initiatives in his budget proposal would help families meet their health care challenges. Each event will focus on one of the proposals in Governor Newsom’s health care package, and the tour will host events in San Francisco, San Diego, Los Angeles and Sacramento.

Governor Newsom’s health care proposals are a central pillar of his broader “California for All” agenda. The Governor believes that the California Dream should be accessible to everyone – not just a privileged few, and the crushing crisis of affordability and rising cost of living are limiting families’ ability to get ahead. 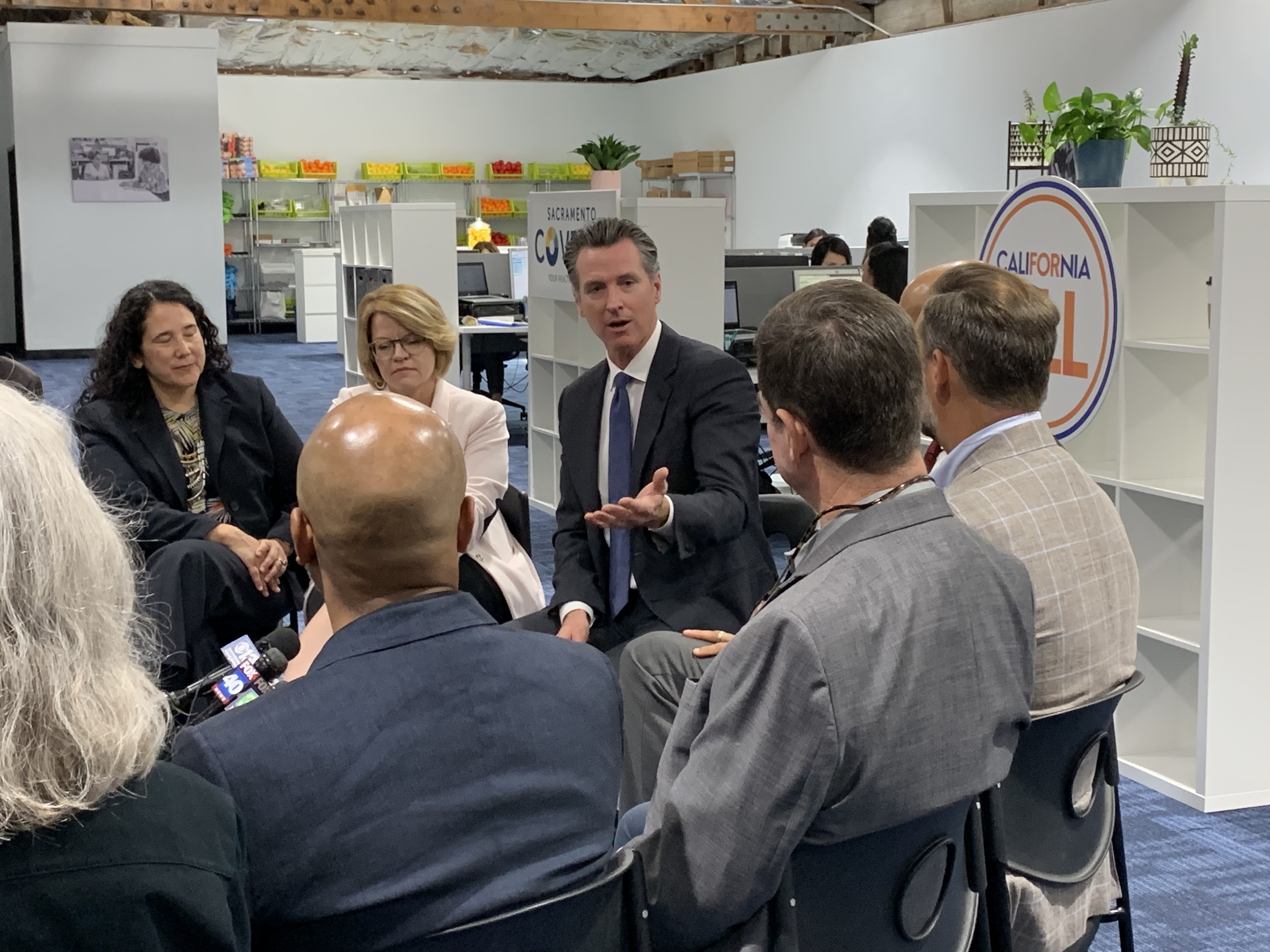 Governor Newsom hosts roundtable in Sacramento with individuals who would receive financial help to afford health coverage under budget proposal.

Recent data shows that health care and prescription drugs are chief among those concerns for California families. Those buying on the individual market will see an average 9 percent rise in health care costs this year, according to Covered California. American families have seen their prescription drug costs nearly double since the year 2000, according to the Kaiser Family Foundation, and prescription drug pricing is one of the largest drivers of rising health care costs. In January, a Reuters report found 30 drug manufacturers that did business with the State of California planned to raise their prices in January.

The Washington Post editorial board wrote Governor Newsom’s proposals “would make his state a leader in resisting Republican efforts to unravel the Affordable Care Act,” noting that “Mr. Newsom’s plan is a promising reform that other states – and, if Congress and the president ever come to their senses, the federal government – should consider.” Closer to home, the East Bay Times and San Jose Mercury Newseditorial board called the Governor’s health care proposals “a solid step toward lowering costs, improving health outcomes and moving the state closer to universal coverage.”

Newsom’s tour began Tuesday in Sacramento at a Covered California sign-up location where he hosted a roundtable with sole proprietors and others who will benefit from his proposal to expand financial help to middle-income earners buying health insurance on the private market. Sole proprietors, self-employed individuals and entrepreneurs are more likely to benefit from the subsidies, and the Small Business Majority has strongly endorsed Governor Newsom’s proposal.

Under current law, individuals earning more than $48,000 a year or a family of four earning more than $98,000 don’t qualify for financial help to afford their premiums. The Governor’s budget will provide financial assistance to individuals earning up to $72,000 and families of 4 earning up to $150,000. California will be the first state in the nation to offer subsidies to individuals and families with income between 400 and 600 percent of the federal poverty level. To pay for increased financial help for families, the budget proposes fighting back against the federal government’s attempts to destroy the Affordable Care Act by reinstating the individual mandate at the state level. A UCLA study recently predicted that the rate of uninsured Californians would increase without state action to counteract the federal government’s move, a development that would increase health care premiums across the state even further – even for families on private insurance.