SACRAMENTO, Calif. /California Newswire/ — On Tuesday, Calif. Governor Gavin Newsom announced the following appointments for January 7, 2020: First, Mary McComb, 62, of Davis, has been reappointed state public defender in the Office of the State Public Defender, where she has served as state public defender since 2016. 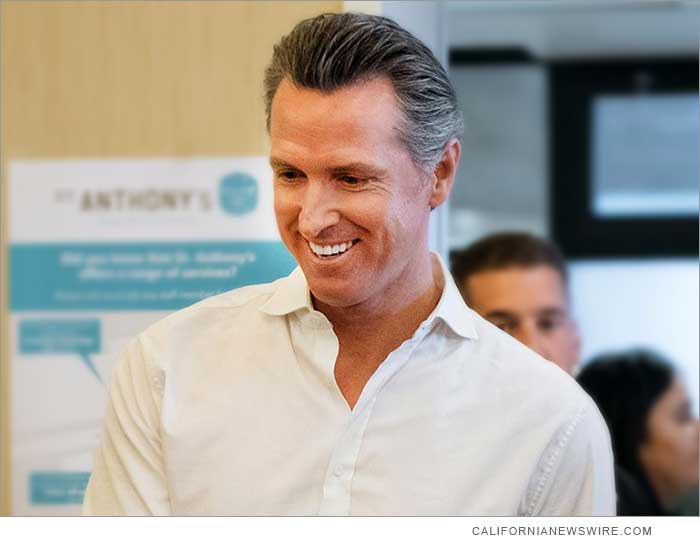 McComb held several positions in the Office of the State Public Defender from 1992 to 2015, including supervising deputy state public defender and deputy state public defender. She was an associate attorney at Kelman Loria from 1990 to 1991. McComb was an attorney at the Community Law Center from 1987 to 1990 and a teacher at Commonwealth High School from 1983 to 1984. McComb is a member of California Attorneys for Criminal Justice, the California Public Defenders Association and the California Appellate Defense Counsel. She earned a Juris Doctor degree from Stanford Law School. This position requires Senate confirmation and the compensation is $186,389. McComb is a Democrat.

James Ralph, 37, of Washington, D.C., has been appointed senior advisor to the Governor for federal energy and climate change policy. Ralph has served as chief of policy and legal affairs to the president at the California Public Utilities Commission since 2019, where he has held various positions since 2014, including legal advisor to the president and public utilities counsel. He was staff counsel at the State Water Resources Control Board, Office of Enforcement from 2012 to 2014 and an attorney at Laughlin Falbo Levy & Moresi from 2009 to 2012 and at Brownstein Hyatt Farber Schreck from 2008 to 2009. He served as a member of the Hearing Board of the Bay Area Air Quality Management District from 2015 to 2020. Ralph earned a Juris Doctor degree from the University of San Francisco School of Law. This position does not require Senate confirmation and the compensation is $180,000. Ralph is a Democrat.

Jorge De La Cruz, 28, of Sacramento, has been appointed assistant deputy director of public affairs and communications at the California State Lottery. De La Cruz has been a bilingual public information officer at the California Department of Public Health since 2016. He was a marketing officer and legal assistant at Mendoza and Campos Law Offices from 2015 to 2016 and a chief marketing officer at Simply Legal USA from 2014 to 2016. De La Cruz was a marketing coordinator for SEG/Moet Hennessy USA from 2011 to 2014 and a teller and banker for JP Morgan Chase Bank from 2011 to 2014. This position does not require Senate confirmation and the compensation is $100,260. De La Cruz is not registered to vote.

Greta D’Amico, 53, of Auburn, has been reappointed to the California Naturopathic Medicine Committee, where she has served since 2015. D’Amico has been president and a physician at Four Rivers Naturopathic Clinic PC since 2004. She was senior secretary at Ligand Pharmaceuticals Inc. from 1996 to 2000, assistant to the director of systemwide services at Scripps Clinic from 1995 to 1996 and an account executive at Stratecom in 1995. D’Amico was communications manager at U.S. West Technologies from 1994 to 1995, a sales representative at Cell Tech from 1992 to 1994 and acting director of operations at the World Business Academy from 1991 to 1992. D’Amico is a member of the American Association of Naturopathic Physicians, California Naturopathic Doctors Association, American Association of Naturopathic Physicians, National Center for Homeopathy and the Philanthropic Educational Organization. D’Amico earned a Doctor of Naturopathic Medicine degree from the Southwest College of Naturopathic Medicine and Health Sciences. This position does not require Senate confirmation and the compensation is $100 per diem. D’Amico is registered without party preference.