“We’ve seen the devastation earthquakes have caused in California,” said Governor Brown. “This keeps us on track to build a statewide warning system that can potentially save lives.”

Specifically, SB 438 establishes the California Earthquake Early Warning Program and Advisory Board within the California Governor’s Office of Emergency Services (Cal OES) to advance the implementation of the program and spur further investment in the early warning system. Under the legislation, an Earthquake Early Warning Program business plan will be developed and submitted to the Legislature by February 1, 2018.

“The early earthquake warning system will help save lives,” said Senator Hill. “In emergencies, every second counts and the urgent alerts that will be sent by the warning system can help prevent devastating and life-threatening missteps. Californians will be safer thanks to Governor Brown, his Office of Emergency Services, my colleagues in the Legislature who have supported SB 438, and the many public and private partners working on the early warning system.”

In 2013, Governor Brown signed SB 135 by then-State Senator Alex Padilla (D-Pacoima) mandating the creation of a statewide earthquake warning system led by Cal OES and in conjunction with partner organizations from the California Integrated Seismic Network, the private sector and all levels of government. 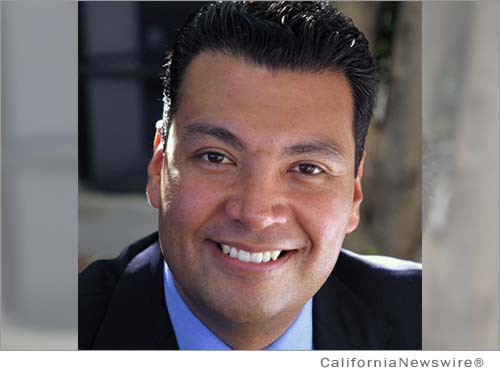 “California is earthquake country and we’re not waiting for the next big earthquake to take action,” said Secretary of State Alex Padilla. “By continuing to advance this life saving system, we’re leveraging technology to better prepare and protect Californians throughout the state.”

“The action we’re taking today moves us one step closer to making a statewide early warning system a reality,” said Governor’s Office of Emergency Services Director Mark Ghilarducci. “It also promotes stronger partnership with the private sector to maximize the investment required to make this system sustainable for the future.”

Earthquake early warning systems are currently in place in Mexico, China and Japan, and other countries throughout the world are in the process of developing such systems.

For full text of the bill, visit: http://leginfo.legislature.ca.gov