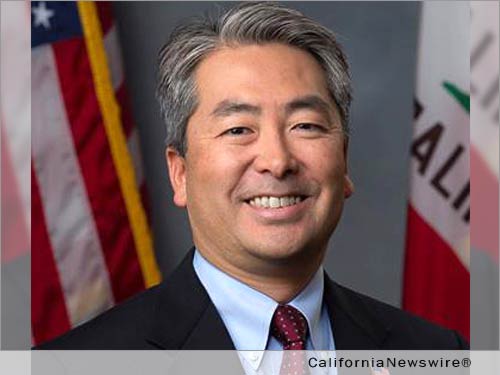 “AB 2188 will cut bureaucratic regulations to lower the cost of residential solar energy, create solar jobs, and support California’s fight against climate change,” said Assemblymember Al Muratsuchi (D –Torrance), author of the bill. “This new law will help California homeowners go solar to reduce their electricity bills and achieve energy independence. In short, AB 2188 is good for consumers, good for jobs, and good for the environment.”

In much the same way as cell phones a decade ago, the price of solar has fallen 50% since 2006 mainly due to economies of scale in manufacturing. However, the “soft costs” of solar, including the cost of getting a permit from a local building department, remains stubbornly high.

“It takes us one day to install a residential solar system yet in many cities and counties it takes months just to get a simple permit,” said Randy Bishop, CEO of Verengo Inc., a leading solar installation company based in Torrance. “Thanks to this bill, that bureaucratic burden should lighten, allowing us to deploy more solar and employ more people.”

Research has shown that costs associated with attaining a building permit for a residential solar energy system can be significant. A study by the Lawrence Berkeley National Labs concluded that streamlining the permitting process could reduce the price of a typical home solar system by $1,000 or more, which, in turn, promises to increase demand for solar thereby growing local businesses.

“This is an historic bill for the solar industry,” said Bernadette Del Chiaro, executive director of the California Solar Energy Industries Association (CALSEIA). “California has now become the first state in the nation to mandate a standardized, streamlined permitting practice for residential solar and bring permitting into the 21st Century benefitting consumer, contractor, and cities, alike.”

Approximately 158,000 solar roofs were installed on California homes in 2013, double the number from 2012. The growth in homeowners going solar, fueled by financial incentives and a desire to cut energy bills, has led to a backlog of work at local permitting offices. Advocates of AB 2188 point out that streamlining the permitting process for solar not only helps homeowners but also cuts workloads for cash-strapped building departments.

“Streamlined permitting for rooftop solar just makes sense for everyone involved,” said Torrance Mayor Pat Furey, which has already adopted a streamlined permitting procedure. “Local governments run more smoothly with practical tried and true efficiency measures to the permitting system such as those contained in AB 2188.”

AB 2188 was sent to the governor’s desk at the end of August after enjoying strong bi-partisan support throughout the legislative session. The bill was supported by a coalition of business associations, solar companies, environmental groups, and local elected officials.

The new legislation mandates that every city and county in California adopt a standardized, streamlined permitting practice via ordinance by September 30, 2015, including the following:

· “Substantial conformity” with the updated Solar Permitting Guidebook published by the Governor’s Office of Planning and Research, which lays out best practices for permitting and inspection of rooftop solar systems and contains standardized permit application forms. Best practices include timely turn around for permit review and scheduling inspections.

· Required use of the Internet for posting permitting documents and for the acceptance of permit applications, including electronic signatures where necessary.

· Eliminate multiple inspections requiring just one inspection after the system is installed.

· Tighter restrictions on the barriers put in place by Homeowner Associations.