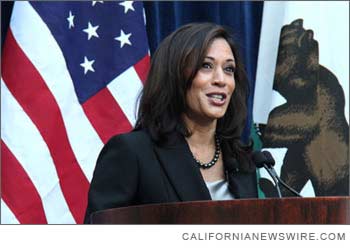 “The threat of sexual assault is real and pervasive,” said Attorney General Harris. “Last year California adopted some of the most aggressive campus sexual assault laws in the country. Today’s bulletin ensures that education leaders and law enforcement understand their responsibilities under these laws, enforce them consistently, and collaborate to protect victims.”

SB 967 requires California postsecondary institutions – in order to receive state funds for financial assistance – to adopt comprehensive, victim-centered policies and disciplinary procedures concerning sexual assault, domestic violence, dating violence and stalking. Under the law, an institution’s policy governing its campus disciplinary process must use an affirmative consent standard – defined as an affirmative, conscious and voluntary agreement to engage in sexual activity – to determine whether a sexual assault complainant consented.

SB 967 requires campuses to use a preponderance of the evidence standard when adjudicating complaints in the campus disciplinary process. This means the evidence must show it is “more likely than not” – i.e., greater than 50 percent likelihood – that the victim did not consent. The law also requires postsecondary institutions to partner with campus and community organizations to refer both victims and perpetrators to health, counseling, advocacy and legal services.

“The laws we pursue in the California legislature set an example for the rest of the country,” Senate pro Tempore de León stated. “With 1 in 5 women on college campuses experiencing sexual assault, it’s our responsibility to secure a safe learning environment for our students.”

AB 1433 specifies that as a condition for participation in the Cal Grant program, campus security authorities are required to immediately – or as soon as practicably possible – disclose to local law enforcement any report of a violent crime, hate crime or sexual assault, whether committed on- or off-campus. Postsecondary governing boards must implement policies and procedures by July 1, 2015, to ensure reports of these crimes are immediately forwarded to the appropriate law enforcement agency.

“Students at our colleges and universities deserve to learn without living in fear of sexual assault, and they deserve to know that crimes that occur on campus won’t be treated any differently than those that occur elsewhere in our community,” said Assemblymember Mike Gatto. “I thank Attorney General Harris for her advice and collaboration in these matters.”

In the coming months, the Attorney General’s Office will release additional guidance suggesting ways in which law enforcement and campus personnel can comply with the new laws and facilitate justice for victims and accountability for perpetrators.