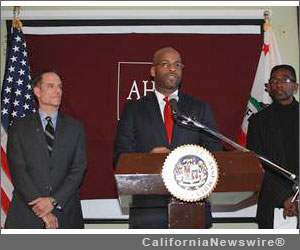 “Reports of a second confirmed HIV transmission of an adult film actor in less than two weeks should send a chilling message to the public and the adult film industry. Enough is enough.

“The adult film industry can no longer sit on the sidelines while actors continue to be exposed to injury, harm and potentially death. The adult film industry should immediately reinstate its filming moratorium that it recklessly lifted after only six days. All actors or members of the public that have been potentially exposed to HIV should be tested by licensed medical professionals to determine the extent of this outbreak. Adult film production should only resume with comprehensive workplace safety protocols in place, including requiring condom use in all adult films.