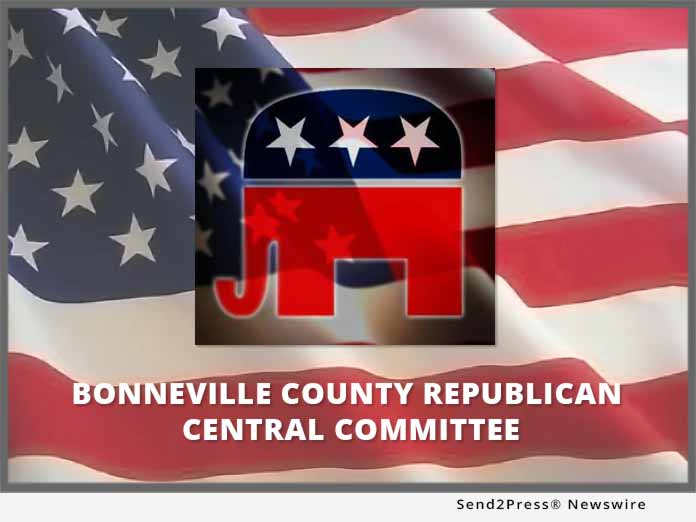 IDAHO FALLS, Idaho, Sep 29, 2017 (SEND2PRESS NEWSWIRE) — Republican Senate Majority Leader Bart Davis of Legislative District 33 was sworn in as U.S. Attorney for the State of Idaho on September 22, 2017, creating a vacancy in the state Senate when Senator Davis resigned on September 21, 2017.

Davis is a 10-term state Senator from Idaho Falls with a private legal practice focusing on corporate litigation, bankruptcy and real estate law. He’s served as the state Senate majority leader for 15 years.

Davis was sworn in on Thursday as the state’s new U.S. Attorney in a ceremony in Pocatello. “I am humbled and honored to continue to serve the great people of Idaho as United States Attorney. I am grateful for the special trust and confidence shown me by President Trump, Attorney General Sessions, Senator Crapo, Senator Risch, and all of those who supported me throughout this process. I inherit a very capable office and look forward to joining them in continuing to do great things,” Davis said.

Legislative Chairman Stafford Smith said, “Seventeen individuals have the opportunity to participate in something monumental. We congratulate and thank Senator Davis and wish him the very best in his new assignment.”

John Henager, Second Vice Chairman, said, “The Bonneville County Republican Central Committee was pleased to nominate Mark Fuller to replace outgoing Senate Majority Leader Bart Davis. We know Mark will serve the citizens of LD33 in the same principled, honest, and utterly capable manner with which he has approached so many local service and political projects. We look forward to Governor Otter’s swift confirmation.”

The Bonneville County Republican Central Committee is a political entity created by Idaho statute that has 51 Precincts. Each precinct elects its Precinct Committee Officer, who votes on the platform and other topics at the County and State Party level. Information: http://Bonnevillegop.org/.

This press release was issued on behalf of the news source, who is solely responsible for its accuracy, by Send2Press Newswire. To view the original story, visit: https://www.send2press.com/wire/bonneville-gop-legislative-district-sends-nominees-to-replace-senate-majority-leader-bart-davis-to-governor-c-l-butch-otter/