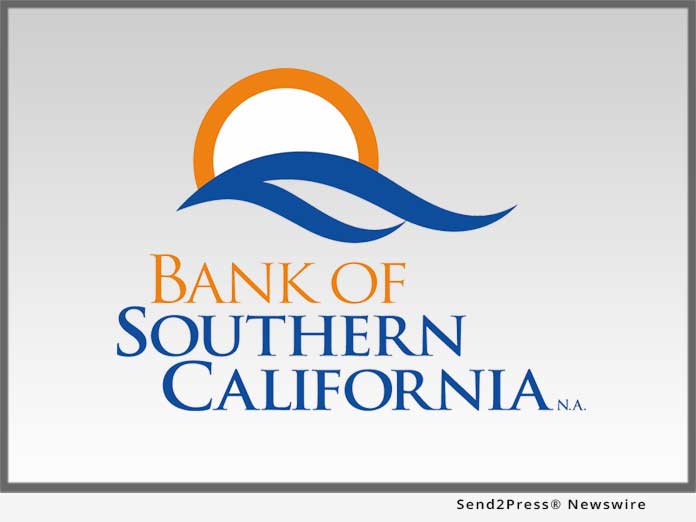 Mrs. Cangarlu is an accomplished and seasoned banking professional with more than 30 years’ experience in the banking industry and deep roots in the Los Angeles market. Prior to joining Bank of Southern California, she served as the Vice President, Branch Manager for a regional bank in Santa Monica where she was responsible for opening a de-novo office and transforming it into a top-producing branch. She holds a bachelor’s degree from California State University, Los Angeles.

“Soly brings extensive experience in developing and leading banking teams throughout Los Angeles County and will play a key role in supporting our continued growth as we further our expansion in the Los Angeles region,” said Nathan Rogge, President and Chief Executive Officer.

A growing community bank, established in 2001, Bank of Southern California, N.A., with headquarters in San Diego, Calif., is locally owned and managed, and offers a range of financial products to individuals, professionals and small-to-medium sized businesses. The Bank’s solution-driven, relationship-based approach to banking provides accessibility to decision makers and enhances value through strong partnerships with its clients. The Bank currently operates eleven branches in San Diego County, Los Angeles County, the Coachella Valley in Riverside County, as well as a production office in Orange County.