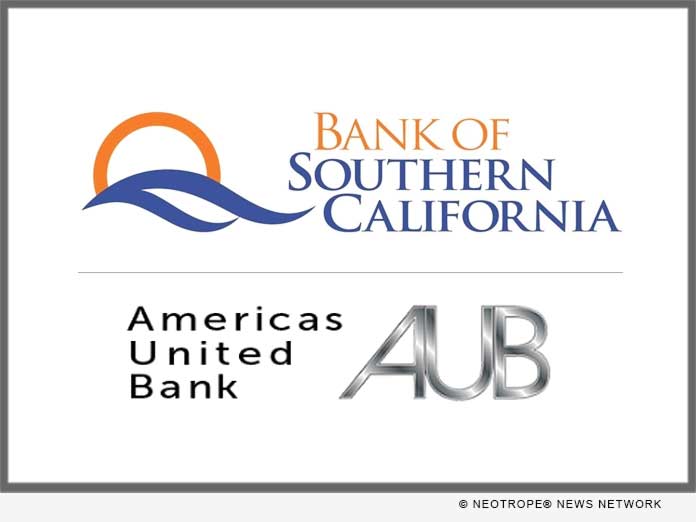 “This strategic acquisition provides us with a presence in Los Angeles County and a footprint that allows us to now serve four major metropolitan Southern California markets. Our long-term goal is to build a community business bank in Southern California that supports the economic growth of businesses and the communities we serve,” concluded Rogge.

Bank of Southern California also announced that its Board of Directors appointed Adriana M. Boeka as a non-executive director. Mrs. Boeka previously served as President and Chief Executive Officer of Americas United Bank.

“Adriana’s broad experience leading successful banking organizations in Southern California add a valuable perspective to our Board of Directors,” said John Farkash, Chairman of the Board. “We appreciate her willingness to serve as a director and look forward to her contributions and guidance.”

A growing community bank, established in 2001, Bank of Southern California, N.A., with headquarters in San Diego, Calif., is locally owned and managed, and offers a range of financial products to individuals, professionals, and small-to-medium sized businesses.

The Bank’s solution-driven, relationship-based approach to banking provides accessibility to decision makers and enhances value through strong partnerships with its clients. The Bank currently operates eleven branches in San Diego County, Los Angeles County, and the Coachella Valley in Riverside County, and a production office in Orange County.