LOS ANGELES, Calif. /California Newswire/ — Lightning Pictures LLC announced today that, on Wednesday, March 25th, 2009, Hollywood joins Washington in honoring our nation’s military and the families who support them. The event pays particular tribute to those exemplary Americans who have given their lives in the service of America and to their families who have sacrificed greatly, and will feature a special message from The President of the United States, Barack Obama. 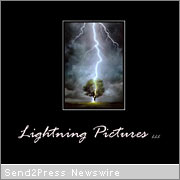 The evening surrounds the premiere of the thirty minute feature film, “American Identity,” and benefits the Children of Fallen Soldiers Relief Fund (CFSRF). The event will be held at the Academy of Motion Picture Arts And Sciences in Beverly Hills. The televised red carpet arrivals will include military in dress uniform aligning both sides of the red carpet, and military vehicles, including two M-1 Abrams tanks, taking over Wilshire Blvd along the carpet with an aerial flyover salute.

Expected celebrity attendee guests include entertainment industry VIPs, political dignitaries, senior members of various branches of the United States Armed Forces, members of the USO, uniformed military, wounded veterans and family members who have suffered the loss of a loved one. In addition, this day is national “Congressional Medal of Honor” day recognizing the recipients of this distinguished honor and in attendance will be several of the medal recipients.

“American Identity” follows the lives of two soldiers and best friends, who are sent to Afghanistan following the attacks of September 11th and portrays the impact on their families as these tragic events unfold. While the film serves as a highlight of the event, it is the message of the incredible service and dedication provided by our nation’s military that will be the true star of the evening. Along with the USO and CFSRF, the event aims to bring awareness and assistance to all of the families, especially the children, who have sacrificed so much.

On the day of the event, a flag will be flown over the United States Capitol Building signifying “American Identity Day.”

“American Identity” was written and directed by Stephen Rollins and produced by Lightning Pictures (www.lightningpicturesllc.com) and Presidio Pictures.

FIL-AM EXPO 2020 in Northern Virginia billed as the largest Filipino-American event in DMV area on June 13-14, 2020