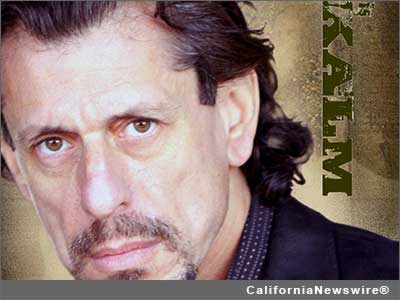 HOLLYWOOD, Calif. /California Newswire/ — Actor and stuntman Zak Lee Guarnaccia, Executive Producer at LightRow Pictures and Paul Lupi, Producer of Mill Reef Films, are developing a feature film in the martial-arts, action-thriller genre entitled "Kalm." In addition, Guarnaccia is in talks for a role in another Lupi production "WASTED," written and produced with brother Daniel Lupi ("Lincoln," "The Master," "There Will Be Blood," "Catch Me If You Can," "Boogie Nights").

"Kalm" is a bodyguard assigned to chauffeur a headlining exotic dancer to a desert town, when they get caught in the crossfire of warring drug lords.

"WASTED" follows a suburban cop whose family is targeted by a maniacal mastermind who drags them through a gauntlet of deceit, deviant sexual behavior, and murder.

Guarnaccia's gritty film "Rules" grabbed the attention of Paul Lupi whose company Mill Reef Films is now in talks to co-produce properties in the Lightrow roster, which include "Wasted," "The Next Big Hit," "The Cook and The Thief," and "Rules Reborn."

Award-winning actor Zak Lee Guarnaccia's rugged looks, relentless style of martial arts, and experience in stunt-work and action choreography has lead to his reputation as "The Italian Jackie Chan."

Guarnaccia says: "The movie is an extreme martial arts thriller, based on a man who goes by the name 'Kalm.' The character's demeanor intrigues me since I am an energetic and enthusiastic person, and I get to play against type, until all hell breaks loose."

"Kalm" is written by Ken Mora, writer/producer of the spoof of Clint Eastwood's "Dirty Harry" films entitled "Magnum Farce," and boasts director of photography David Paul, of the film mythology "The Barbarians." The production will create a distinct vision for "Kalm" which will be shot in the most desolate stretch of road in the USA.

LightRow Pictures concurrent projects "The Next Big Hit,"
( https://www.facebook.com/TheNextBigHit ) features the unique genre mash-up of martial-arts and musical comedy, and the movie "The Cook and the Thief" has drawn the active interest of Russell Wong ("The Mummy," "Romeo Must Die," "Joy Luck Club") and Lou Ferrigno ("The Hulk (TV)" and "I Love You, Man").