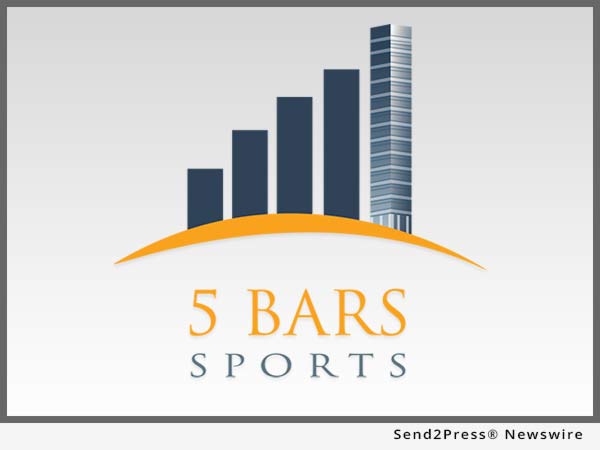 HOUSTON, Texas, Jan 30, 2017 (SEND2PRESS NEWSWIRE) — 5 BARS, LLC, a premier provider of wireless solutions, has positioned NRG Stadium as one of the most connected football stadiums today in time to support the biggest data-usage event in sports, next week’s Super Bowl LI. 5 Bars(R) deployed a secure, reliable high density Wi-Fi network to support the heavy demand required by the team, venue and fans.

5 Bars worked with the Harris County Sports & Convention Corporation to plan, design and build the high density Wi-Fi network to meet the needs of the biggest crowds at NRG Stadium and the upcoming Super Bowl LI. Wireless connectivity is 5 Bars’ top priority to ensure fan interaction for maximum simultaneous users at the 72,000+ seat facility.

NRG Stadium and 5 Bars embarked with great success to deliver a state-of-the-art network within a very tight time line as demanded by the NFL and ensure the performance required for the big day. The high density Wi-Fi network, which was nonexistent in the past, now covers 1.9 million square feet of the stadium through the deployment of 1,250 Extreme Networks access points and switches. This publicly-accessible, fan-enhancing network allows users to be fully connected inside the stadium.

“We are proud to be part of such a high profile venue. NRG Stadium is one of the largest and busiest stadiums in the country. To be able to deliver a world-class Wi-Fi system in such a short time frame, speaks volumes about the team we were working with and the importance of the Super Bowl,” said Monnie McGaffigan, President of 5 Bars. “We are excited to see the system in full action.”

NRG Park is the premier sports, convention, tradeshow and entertainment complex located in Harris County, the cultural center and urban hub of Houston. NRG Park hosts over 5.5 million guests annually and is comprised of four large facilities; NRG Stadium which is one of the busiest venues in the country and home to the NFL’s Houston Texans, the Houston Livestock Show and Rodeo, Super Bowl(R) LI, with hundreds of events and seating for 72,500 fans; NRG Center offering 1.4 million square feet of exhibition space, NRG Arena with 8,000 seats, 26,000 parking spaces and the Astrodome.

This press release was issued on behalf of the news source, who is solely responsible for its accuracy, by Send2Press Newswire. To view the original story, visit: https://www.send2press.com/wire/5-bars-positions-nrg-stadium-as-one-of-the-most-connected-stadiums/