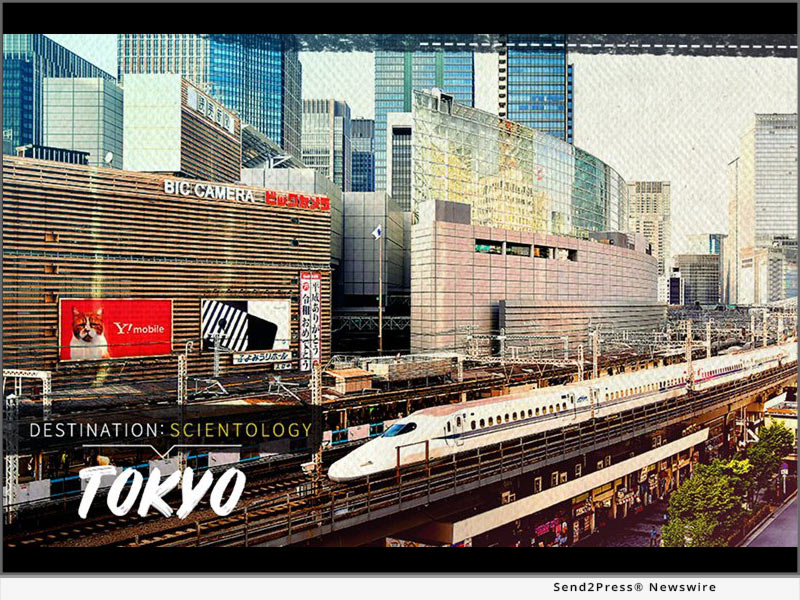 TOKYO, Japan, Aug 03, 2022 (SEND2PRESS NEWSWIRE) — “Destination: Scientology” takes viewers to the Land of the Rising Sun, in celebration of the anniversary of the August 8, 2015, dedication of the Church of Scientology Tokyo. Tokyo is a city of contrasts. It combines reverence for ancient traditions with a love of technology in the world’s most future-forward metropolis. The most populous city in the world, Tokyo is also one of the cleanest and safest. And in the heart of the Shinjuku district-just minutes from the busiest train station on Earth serving 3.6 million commuters each day-is the Church of Scientology Tokyo, where technology and spirituality intersect.

On the anniversary of the dedication of the Church of Scientology Tokyo, parishioners and staff extend an invitation to watch an episode of the original series “Destination: Scientology-Tokyo” on the Scientology Network. Learn of Tokyo’s history and traditions, with visits to its treasured temples, shrines and tranquil sakura gardens. Marvel as some 3,000 pedestrians navigate their way through Shibuya Crossing simultaneously.

“One of the most important things is Japan’s culture of wisdom,” says Masayoshi, a staff member at the Church of Scientology Tokyo.

“That is the beauty of our Church,” says Mihuki, another staff member. “Scientology means ‘knowing how to know.’ And it’s all about knowing yourself and knowing life. So, we want to bring that wisdom to the people of Japan. We are here to empower Japanese spirit, our culture, and our people.”

In dedicating the Church of Scientology Tokyo in August 2015, Scientology ecclesiastical leader Mr. David Miscavige described the city as “a place of convergence between East and West” where “the ancient harmonizes with the modern, and all is knitted together by hope. So, what better place to witness the coalescence of spirituality and technology?”

The Church of Scientology Tokyo is an Ideal Scientology Organization, configured to service Scientologists in their ascent to spiritual freedom and serve as a home for the entire community, a meeting ground of cooperative effort to uplift people of all denominations.

The Scientology Network debuted on March 12, 2018.

Since launching, the Scientology Network has been viewed in 240 countries and territories worldwide in 17 languages. Satisfying the curiosity of people about Scientology, the network takes viewers across six continents, spotlighting the everyday lives of Scientologists, showing the Church as a global organization, and presenting its social betterment programs that have touched the lives of millions worldwide. The network also showcases documentaries by independent filmmakers who represent a cross-section of cultures and faiths, but share a common purpose of uplifting communities.

Broadcast from Scientology Media Productions, the Church’s global media center in Los Angeles, the Scientology Network is available on DIRECTV channel 320 and can be streamed at Scientology.tv, through satellite television, mobile apps and via the Roku, Amazon Fire and Apple TV platforms.

This press release was issued on behalf of the news source, who is solely responsible for its accuracy, by Send2Press Newswire. To view the original story, visit: https://www.send2press.com/wire/scientology-tokyo-where-the-best-of-modern-technology-and-tradition-meet/

Modern Art Cartel Pushes the Boundaries of Art and Technology