LOS ANGELES, Calif. /California Newswire/ — Scientology Founder L. Ron Hubbard once wrote, “I like to help others and count it as my greatest pleasure in life to see a person free himself of the shadows which darken his days.” In honor of L. Ron Hubbard’s birthday, March 13, you are invited to watch a film on the Scientology Network that may very well change your life.

Is it possible to be happy? This is a question as old as Man. But in our hectic modern world, it seems to defy a positive answer. Yet, as is often the case, the more complicated the problem the simpler the solution. And so it is when it comes to happiness. 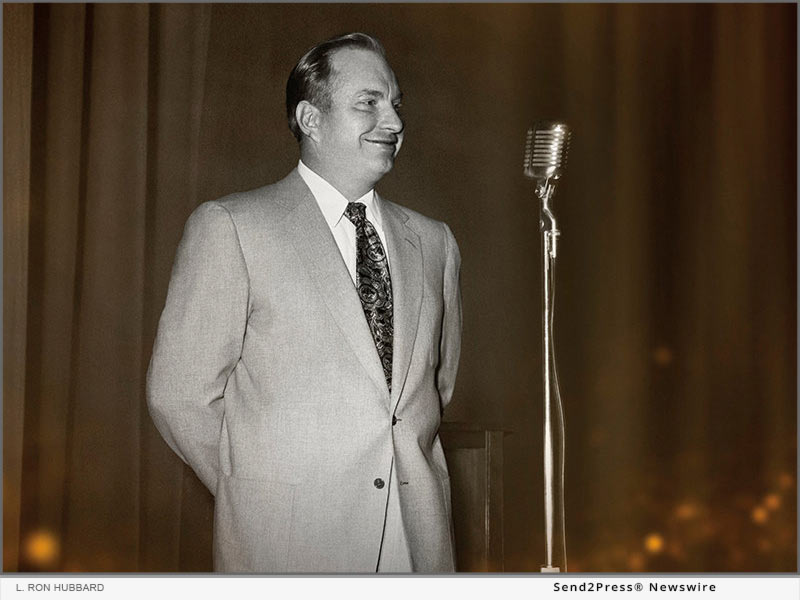 In a quarter of an hour, watching the film, “Is It Possible to Be Happy?” and listening as L. Ron Hubbard not only answers the question affirmatively but shows you how, you will walk away with a tool that can change your life.

This is the only essay Mr. Hubbard ever recorded. He originally presented it on radio and Scientology Media Productions brings it to life on film-in his own voice.

If anything, the answer to this question is even more relevant today than when he originally wrote and recorded it, as evidenced by spiraling drug overdose deaths and suicide rates.

This film is part of the original series “L. Ron Hubbard Library Presents.” The series includes filmed versions of some of his most popular essays and articles including “My Philosophy,” “What is Greatness?” and “The Aims of Scientology.”

Winner of two Aurora Platinum Best of Show awards, the films in this series illustrate L. Ron Hubbard’s key observations and groundbreaking discoveries into the mind, spirit and life.

Learn how L. Ron Hubbard’s deeply held conviction-that Man’s accumulated knowledge and wisdom should be openly shared for the benefit of all humanity-led to his founding of Scientology, the world’s youngest major religion.

Since launching with a special episode featuring Scientology ecclesiastical leader Mr. David Miscavige, the Scientology Network has been viewed in 240 countries and territories worldwide in 17 languages.

Broadcast from Scientology Media Productions, the Church’s global media center in Los Angeles, the Scientology Network is available on DIRECTV Channel 320 and can be streamed on Scientology.tv, on mobile apps, and via the Roku, Amazon Fire and Apple TV platforms.

L. Ron Hubbard Library Presents: 'Is It Possible to Be Happy?' Learn How To Be Happy!
Watch this video on YouTube.


L. Ron Hubbard Library Presents: 'Is It Possible to Be Happy?' Learn How To Be Happy!
Watch this video on YouTube.

Caption: L. Ron Hubbard Library Presents: ‘Is It Possible to Be Happy?’ Learn How!

This Summer, Walk in L. Ron Hubbard’s Footsteps with ‘Inside Scientology: Saint Hill’