HOLLYWOOD, Calif. — On August 16th 2005 Reverend Rubin announced that he’d be seeking the Republican Nomination for the office of President of the United States of America, with the publishing of his book “9021GROW” (ISBN: 0974711004). The opening line of the book prophetically stated that by the time you hear of the Rev. Craig Rubin, he’d either be in the White House or in jail. At the moment it is not hard to guess which scenario is most likely to happen: going to jail.

Reverend Craig X Rubin is facing seven years in jail for what he says is religious and political persecution. His next date in court is June 12, 2007. Superior Court of Los Angeles, 210 W. Temple Dept. 131, with Judge Mary H. Strobel, where he is going to present evidence already shared with D.A. Bob Chen that there is an alleged Federal conspiracy going on in this case.

On November 8th 2006, police armed with guns and in raid gear kicked open the doors to his temple in Hollywood. “I am a true and faithful servant of the Lord Jesus Christ,” says church leader Reverend Craig X Rubin, leader of Temple 420. “We are a Judeo-Christian temple that knows that marijuana was created by God and is the Tree of Life mentioned in the Bible.” 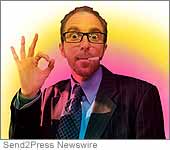 The Bible claims in the Book of Revelation of St. John, given on the island of Patmos, that in the end times some people will be cursed no longer for using this plant. The Greek word translated in the KJV as “cursed” is “anathema,” which means to be excommunicated.

The Biblical Tree of Life is a plant, if you believe the Bible, and the leaves of this plant are supposed to be used for the healing of all nations. Followers of Temple 420 see marijuana or cannabis hemp as a way to end our war in the Middle East since marijuana is a source of fuel. In fact Henry Ford even built a car with a hemp fiber resin shell, similar to the fiberglass Corvette, that was ten times stronger than steel.

Reverend Rubin is claiming that there is a Federal conspiracy to deny Reverend Craig X Rubin the right to practice his religion and seek the office of the President of the United States. There has been alleged gross police misconduct by Officer Tracye Fields of LAPD #33844 who actually perjured herself under oath by stating that Federal officers were not involved in the raid on Reverend Rubin’s temple.

Video evidence has come to light that shows Federal officers were allegedly working with LAPD from early in the day and didn’t simply show up to “observe,” as Officer Fields testified to in a preliminary hearing. Under oath Ms. Fields testified that Federal officers were not involved with the investigation or execution of the warrant on Reverend Rubin’s California Religious organization, but the videos shared with prosecution in discovery clearly show that Tracye Fields had contact with undercover Federal informants before going to get the search warrant on the temple.

The undercover informants are famous in the pot world. The video clearly shows Brett Boag of Apothecary Travel (U.S.) and Apothecary Seed (Holland), the official travel agency for High Times magazine, along with his half-brother Robert Ayala working with law enforcement officers to bring marijuana into the temple prior to the arrest.

Temple 420 operated similarly to over 200 medical marijuana clubs in Los Angeles. The main difference was that one didn’t need a doctor’s note to be able to use cannabis for religious purposes because of Federal law and a Supreme Court ruling. Rubin opened his church after the Supreme Court ruled what he was doing was perfectly legal in a case called “Gonzales v. O Centro Espirita” (federal cite: 546 US 418) decided on February 21, 2006.

Under federal law Reverend Rubin has the legal right to import, use and disseminate among church members a Schedule I controlled substance for their religious practice. U.S. Code 42 Chapter 21 B gives American citizens the right to freely practice their religion without the fear of having those practices substantially burdened by laws of general applicability. By lying under oath about the Federal involvement, Officer Tracye Fields was allegedly hoping to deny the church the right to use Federal law as an affirmative defense.

If the media would like copies of the video showing the alleged Federal informant bringing marijuana into the temple, police using excessive force by pointing a loaded weapon at clergy and making a joke even though clergy posed no harm to the officer, Federal involvement in the raid of the church without first showing a “compelling interest” or using the “least restrictive means” when extinguishing our religious practice as required by Federal statute, or copies of photo copies of Officer Fields testimony given under oath, please email CraigXRubin@hotmail.com. DVDs or photo copies will be immediately sent overnight to all qualified media outlets. The videos are surveillance videos and don’t come with audio.