LOS ANGELES, Calif. /California Newswire/ — “Equality,” the theme for Human Rights Day 2021, is a goal that informs the work of Youth for Human Rights Mexico President Raúl Arias and his team of activists. The Church of Scientology International shares his episode of Voices for Humanity on the Scientology Network in honor of the 73rd anniversary of United Nations adoption of the Universal Declaration of Human Rights. 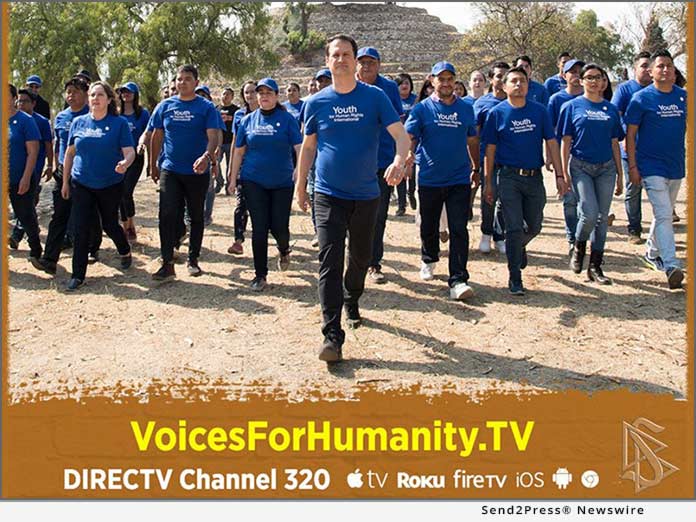 “When I was 15, I had an experience that changed my life,” says Arias in his Voices of Humanity episode. Kidnappers carrying machine guns forced him and one of his best friends into the back of a van. “I thought I was going to die,” he says. “They saw in my friend’s papers that his father was a general and they didn’t want to get into any trouble with the army, so they let us go. That opened my eyes to the world.”

He enrolled in a human rights certification program at the National University of Mexico which led to his attending a conference on human trafficking.

“There were about 7,000 people there and most of them were parents carrying photos of missing children,” he says. He learned that one in four victims of human trafficking is a child and 99 percent of those trafficked are girls or women. He realized that if he were the parent of one of those missing daughters, he would never give up trying to find her. “That opened my heart to emotions I never had before.”

The episode documents major inroads created by Arias and his team with a movement reaching all segments of society through education on the Universal Declaration of Human Rights in schools throughout the country.

In 1969, Scientology Founder L. Ron Hubbard wrote: “Very few governments have implemented any part of the Universal Declaration of Human Rights. These governments have not grasped that their very survival depends utterly upon adopting such reforms and thus giving their peoples a cause, a civilization worth supporting, worth their patriotism.”