LOS ANGELES, Calif. /California Newswire/ — Pastor Rubin of The Family Church takes donations for medical marijuana at his Beverly Hills Green Cross located at 2370 Robertson Blvd. in Los Angeles. The Pastor says, “Obama is missing the boat on cannabis and Clinton’s policy promotes the type of violence we are seeing in Mexico rather than ending it.” Harvard economist Jeffery Miron recently wrote an opinion piece where he directly placed the blame on the violence in Mexico and America as coming from prohibition or the profits created by the “Drug War,” which in reality is a war on marijuana as 85-percent of all drug arrests are for marijuana with nearly one million Americans arrested annually. 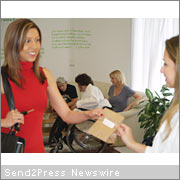 Speaking out against a government sponsored prohibition at a top university could mean losing your job even in a free country, but the fact is a majority of the country agrees with Miron. It is the White House that seems to be out of step with the American people in this one. In the article Miron noted, “There was no violence associated with the alcohol industry before or after prohibition.” The article goes on to show the direct correlation between prohibition and violence noting the violence occurring in Mexico.

The President finally commented today regarding marijuana with the words. “We took votes about which questions were going to be asked, and I think 3.5 million people voted. I have to say that there was one question that was voted on that ranked fairly high,” the President could have said one subject, “and that was whether legalizing marijuana would improve the economy and job creation. And I don’t know what this says about the online audience…(Laughter)…this was a fairly popular question. We want to make sure that it was answered. The answer is, no. I don’t think that is a good strategy to grow our economy.”

Not much of an answer for the number one subject as Obama joked about an “on-line audience,” hinting that people on-line were high on pot. It was the on-line crowd that believed in Obama and famously raised money for him during the election. President Obama has promised to listen to the voice of the people, but he continues to ignore that voice. During the worst economic crisis in decades the top four questions under the heading of “Financial Security” concerned marijuana.

The White House gives credit to marijuana organizers, but Pastor Rubin gives credit to God stating, “God created marijuana and Ron Paul. Liberty is not dead in this country.” The pastor was joking regarding law enforcement’s warning regarding Republicans with American flags, Ron Paul or alternative bumper stickers being dangerous.

When it came to the heading of “Budget” marijuana was in the top four positions as well. Marijuana has been part of America’s economic past having been grown by nearly all of the Founding Fathers including George Washington. Under the heading “Jobs” marijuana questions were in the first and third positions.

Pastor Rubin knows that cannabis creates jobs as he was unemployed until he opened the Beverly Hills Green Cross. Rubin played the owner of a medical marijuana club on Showtime’s Weeds, but was arrested for doing it in real life back in 2006. Rubin stated, “I think the judge recognized the economic potential better than Obama. It allows me to support my wife and seven children.”

Marijuana questions also topped President Obama’s list under “health care reform” and “green jobs and energy.” This could be because the DEA seems to be ignoring Attorney General Eric Holder’s request that cannabis clubs actually be violating state law before they kick down the doors at these state sanctioned patient dispensaries. This week the DEA raided a medical marijuana club in San Francisco without the assistance of local authorities who claimed they were not informed of the raid ahead of time. This action would seem to contradict the Attorney General’s earlier statements that patient clubs were not going to be raided unless there were violating both state and federal law. So far, the DEA refused to say what state law had been violated or why they were suddenly enforcing state law.

PULLING BACK THE MASK: Masks Do Not Conceal Government Policies and Private Towing Companies’ Practices that Wound Poor Families and Damage Local Businesses