BEVERLY HILLS, Calif. /California Newswire/ — President Obama at the recent G20 Summit took on the role of World President and according to Pastor Rubin the start of a global government. Pastor Rubin, a recent candidate for mayor in Los Angeles asserts Obama is against marijuana because he is part of the New World Order. But the NY Post maintains, “The economy has gone to pot. With the nation’s fiscal health in the tank, homegrown marijuana operations have soared by 60 percent.” 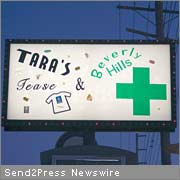 Rubin convicted of selling marijuana was granted permission by the judge in the case to “own and operate a marijuana facility (club),” the same thing he was prosecuted for. Rubin is again operating a church that provides medical marijuana on Robertson Blvd. called the “Beverly Hills Green Cross” (2370 Robertson Blvd. 90034).

Three years after being arrested he is still fighting to get his family’s seized assets back from the County of Los Angeles. Speaking to the District Attorney’s office has been “Orwellian” Rubin articulates. The government is refusing to return his family’s money years after it was “seized” without a hearing even though the judge has given him permission to reopen a related enterprise providing marijuana. Rubin has been on probation since his conviction in 2007 following his arrest in 2006 and must pay to be drug tested regularly even though he claims he’s never done anything other than pot. He doesn’t even drink.

Rubin enlightens us to the genesis of his ideas, “Jonah Goldberg’s ‘Liberal Fascism’ explains much of what is going on as does the Bible, which predicted this global government.”

Rubin is intimately familiar with the Bible teaching a course in the “Jewish History of the New Testament.” At the Beverly Hills Green Cross, Rubin’s medical marijuana club, the walls are painted with quotes from the Bible. His former location “Temple 420” was featured in Doug Benson’s marijuana movie, “Super High Me.”

Rubin believes the Bible is God’s word and he preaches the Ten Commandments and the testimony of Christ. Rubin considers the recent G20 move allowing the IMF to create money is the world currency and beginning of global government spoken of in the Bible. Currently banks are being coordinated internationally without an election and while many in the financial markets find this calming Rubin finds it alarming.

Alan Greenspan former Chairman of the Federal Reserve who still speaks of the private corporation that prints money for the United States with the term, “we” said recently when asked about the relationship between the Chairman of the Fed and the President of the United States, “First of all the Federal Reserve is an independent agency and that means basically that there is no other agency of government which can overrule actions that we take.”

Rubin points out that the difference between Republicans and Democrats is negligible. “Bush and Obama worked hand-in-hand to pass the bailout of Wall St. and banking industries even though members of the legislature didn’t have time to read the bills funding these measures,” the medical marijuana club owner complains.

The pastor argues that American culture is being destroyed from within by the undermining of family values caused by the Drug War that breaks up families causing violence. He speaks against higher taxes-and inflation, the hidden tax. Rubin also notes the similarity between Ancient Rome and modern America with the shared love of pleasure and sporting events. Rubin says he learned this past month that the coach for UCONN basketball team is the highest paid public employee in state of CT; a true fact.

Rubin thinks marijuana can pay for government services and create jobs, “Bush was reckless with the purse strings yet he was borrowing real money and not just printing it like the nation’s current financial team.” Rubin condemns spending trillions of dollars building weapons to fight foreign enemies while the nation is decaying from within. “The gay marriage issues dominate headlines effecting relatively few people while cannabis, a wealth and job creator, is ignored. Our democracy is going to end if people keep voting for the politician who promises the most without a way to pay for it.”