Home CA Business Meet a Scientologist: ‘Restore Our Earth’ is the Theme of Earth Day 2021 and the Passion and Way of Life of...
SHARE
Facebook
Twitter 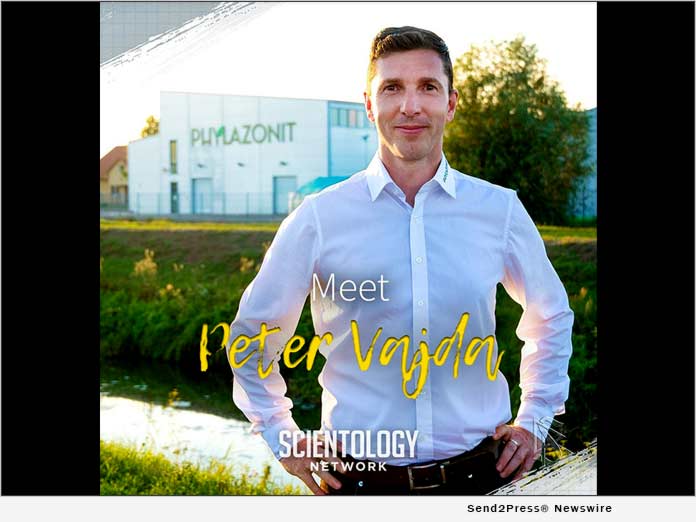 “With the population growing and productive farmland decreasing, this is a race to save future generations,” Vajda says in his “Meet a Scientologist” episode that can be viewed on the Scientology Network.

In speaking of the reason this theme was selected, Kathleen Rogers, president and CEO of Earthday.org states, “Our soils are in horrendous shape, worldwide, not just in the U.S. We’re looking at global, catastrophic misuse of our soils.”

Agriculture depends on friendly bacteria. Without these microscopic organisms, crops can’t grow. Each year, we lose 75 billion tons of fertile soil, says Vajda, who points out that at this rate we will run out of fertile soil in another 60 years.

His company, Phylazonit, organically grows good bacteria to restore the soil so it can support life again.

Learn how the innovative work of this ardent environmentalist is reversing this crisis in his native Hungary and across the globe. Watch Vajda’s episode of “Meet a Scientologist” on the Scientology Network.

Broadcast from Scientology Media Productions, the Church’s global media center in Los Angeles, the Scientology Network can be streamed on Scientology.tv and is available through satellite television, mobile apps and via the Roku, Amazon Fire and Apple TV platforms.

The Scientology Network was launched in March 2018 by Mr. David Miscavige, ecclesiastical leader of the Scientology religion. It has been viewed in 240 countries and territories worldwide in 17 languages.

Share the Excitement of Fashion Week with ‘Meet a Scientologist: George Kalajian’