LOS ANGELES, Calif. /California Newswire/ — Dennis Peron, the senior citizen who wrote “Proposition P” back in 1991, says, “Vote for Craig Rubin.” Proposition P was the nation’s first medical marijuana legislation and has inspired national change. When it was introduced 80-percent of the voters in California’s county and city supported medical use. Since then nearly two dozen states have legalized marijuana for medical purposes. Dennis Peron, the man who started the medical marijuana movement, has come out in support of Mayoral candidate Craig X Rubin. 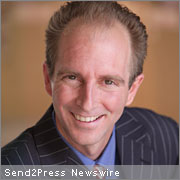 Peron, longtime fighter for legal pot, gay-rights, candidate for the Republican nomination for governor of California, a Vietnam veteran, AIDS activist and close friend and political associate of Harvey Milk says, “Craig X Rubin is the man to lead Los Angeles.” Peron, who met Rubin years ago, while fundraising for Proposition 215 added, “Seniors and Stoners can win this election for him and I am encouraging both to get out and vote March 3; Rubin for mayor.”

Rubin is a controversial figure in the election because of his pro-cannabis stance, but he may have a friend in Sacramento as well as in Los Angeles’ senior centers. Monday, February 23, 2009, State Assemblyman Tom Ammiano, D-Northern California, introduced legislation that legalizes and taxes marijuana, “AB 390.” The bill would require all sales of marijuana be made by licensed sellers who would be taxed. It would also forbid sales to anyone under 21. Rubin has experience with this idea because in 1996 he was the only licensed cannabis dealer to successfully sell marijuana at the Super Bowl.

Pro-business Rubin opened a chain of successful retail stores selling hemp products after graduating from UCLA in the early 1990s. When “High Times” magazine published an article stating that Arizona was issuing tax stamps and cannabis dealer’s licenses, Rubin bought one. At the Big Game loaded with one hundred individually bagged grams that were each stamped, “Arizona Department of Revenue Cannabis Tax Stamp,” Rubin made money and paid Arizona State taxes. Rubin wrote about the experience in his hit pot book, “9021GROW: How to Create Billions for the Economy without Destroying the American Way of Life” (2005, ISBN-10: 0974711004).

“Senior citizens can make extra money growing medical marijuana for local collectives,” notes Rubin, who is looking for ways to get seniors more active. “When AB 390 passes, this bill will generate billions in much-needed revenue for the state and people know that California’s number one cash crop, needs to be taxed and regulated.”

Rubin promises to bring jobs to Los Angeles by ending the prohibition on hemp, “Many people don’t know marijuana makes gasoline without going to war in the Middle East, paper without cutting down trees, clothing without polluting the ground water and without destroying the topsoil.” Popular Mechanics reported that there were literally thousands of products that can be made from cannabis, but the hype on marijuana that has led to it being scheduled as a dangerous drug has kept farmers from being able to grow it for industrial purposes.

At Mayor Sam’s community forum this past Sunday, Rubin put forth his ideas for moving the city forward. “We need water. We live near the largest body of water in the world. I will build a desalination plant. That will create jobs.”

Rubin pointed out that people are not better off than they were four years ago under “Viagra La Raza,” a name he affectionately calls the mayor. “The current official unemployment is over 10-percent in the City of Los Angeles, which really means it is over 20-percent because people unemployed more than six months aren’t even counted.” Rubin then said, “My priority is jobs, jobs and more jobs and that might mean lowering taxes and providing incentives to people so they invest their capital in our city.”

Rubin who also stated that he is pro-Law Enforcement said, “I have had cops tell me they are voting for me because I will end the federal consent decree. They don’t care that I am for taxing and regulating pot. Both issues are hampering our police department’s ability to do their job. Neither the Chief, nor the mayor who he supports, are doing anything about either.”