LOS ANGELES, Calif. /California Newswire/ — The Church of Scientology Copenhagen is celebrating its fifth anniversary in its new home in the heart of the city. Meet staff and parishioners in an episode of “Destination: Scientology” and learn what makes their city so special and how these qualities resonate with the city’s Scientologists.

Share their pride in their Viking roots and their city that dates to the 12th century. See the city’s green-spired domes, its castles, Tivoli, and the statue of Hans Christian Andersen’s Little Mermaid in the harbor. 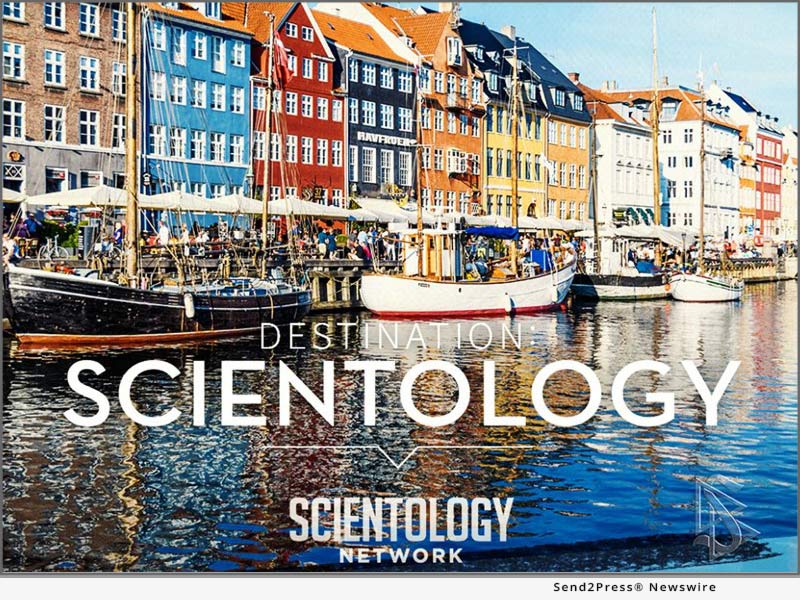 Wander down one of the longest and most vibrant walking streets in Europe – filled with buskers, shops and restaurants of every description – to the beautifully restored historic landmark in the very heart of the city that is home to the Church of Scientology.

“Destination: Scientology – Copenhagen” on the Scientology Network takes you inside this unique Scientology Church that was dedicated by Scientology ecclesiastical leader Mr. David Miscavige on May 27, 2017. See how it fulfills its role as an Ideal Scientology Organization, configured to service Scientologists in their ascent to spiritual freedom and serve as a home for the entire community – a meeting ground of cooperative effort to uplift people of all denominations.

The Scientology Network debuted in 2018. Since launching, it has been viewed in 240 countries and territories worldwide in 17 languages.

Satisfying the curiosity of people about Scientology, the network takes viewers across six continents, spotlighting the everyday lives of Scientologists, showing the Church as a global organization, and presenting its social betterment programs that have touched the lives of millions worldwide. The network also showcases documentaries by independent filmmakers who represent a cross-section of cultures and faiths but share a common purpose of uplifting communities.

Broadcast from Scientology Media Productions, the Church’s global media center in Los Angeles, the Scientology Network is available on DIRECTV Channel 320 and can be streamed at Scientology.tv, mobile apps and via the Roku, Amazon Fire and Apple TV platforms.