Home CA Entertainment How Weed Won the West: Craig X Rubin is a firm believer in free speech and proves it appearing in 2...
SHARE
Facebook
Twitter

BEVERLY HILLS /California Newswire/ — Bill O’Reilly called Charlie Sheen a “Pinhead” for “calling for an uprising” and demanding Obama reevaluate the Official 9/11 Report. Founder of Profitfrompot, Craig X Rubin, has appeared on Glenn Beck’s show and is a fan of the Fox News broadcaster especially since Beck came out for terminating marijuana prohibition. “I think it is awesome that Beck is exposing the people Obama surrounds himself with.” 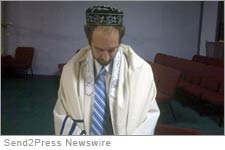 Many papers recently ran with headlines that Beck defeated the left by forcing a committed communist to resign. The fact is Beck did no such thing. The Fox News anchor simply exposed some of Van Jones radical speeches that were easily found on the Internet. The deeper question Beck wants answered is, “Is Obama truly a Hugo Chavez loving communist because that is who he is hiring?” The White house so far has refused to answer Beck’s questions.

To prove his judgment during the campaign Obama invited people to evaluate him by his associates. The Obama administration defended the communist, radical who believed “white environmentalists were poisoning colored people.” When it came out that Jones believed the government may have let 911 happen in order to gain sympathy for a war in the Middle East he was forced to resign.

Many Americans feel as if the government may not have been telling the whole truth when it comes to the “official version” of what happened on 911. Governor Jesse Ventura came out publicly that he doubted the “official story.” There are credible people who still have questions. Rubin feels the bigger issue the fact that Van Jones, former Green Czar, had access to $80 billion per year for his ‘green jobs’ and was hired and replaced overnight without any Congressional oversight.

Craig X Rubin is a firm believer in free speech and proves it appearing in a two controversial movies being released, as per IMDB.com, “The Emperor Wears No Clothes” and “How Weed Won the West,” the latter narrated by radio personality Alex Jones. Rubin speaks in these films and publicly on how marijuana can make gasoline and get our country out of the Middle East.

On Wednesday September 9, 2009 Actor Charlie Sheen released an open letter to President Obama asking him to look at the facts of how a 51 story building, WTC 7, was able to fall at the rate of gravity even though it was not struck by a plane and other questionable facts. Sheen Video: Send2Press.com/newswire/2009-09-0910-008.shtml .

Alex Jones had television’s highest paid actor ($860K per episode), Charlie Sheen, as a guest as he publicly requests a meeting with President Barack Obama to urge him to reopen the official investigation into 911 in light of the fact that the majority of the 911 Commission members have now publicly expressed their conviction that the government agreed to lie about the official story. Martha Stewart went to jail for lying to the government, so why can the government lie to Americans?

Sheen and many in Hollywood voted for Obama with the understanding that he would follow a different course than the Bush administration, but it appears to people to be more of the same. The war in Afghanistan grinds on and Obama just keeps printing money while going to global summits as if he is the President of the World. Charlie Sheen points out in his letter that the Bush administration outraged Americans with warrantless wiretapping and two wars – things which are continuing under Obama. Bill Doyle, the representative of the largest 911 families group feels the same way.

Sheen’s letter focuses around the fact that six of ten of the 911 commissioners have now publicly stated that the government agreed not to tell the truth about 911 and that the Pentagon was engaged in deliberate deception about their response to the attack. There is not one photo of a plane hitting the Pentagon despite the fact the building is under constant surveillance 24-hours a day.

Profitfrompot.com founder, Rubin, stated, “It is a shame that free speech is dead. Van Jones was fired for questioning the official version of 911. He should have been fired for being an anti-American communist. However all Americans should demand more openness with regards to Czars.”