LOS ANGELES, Calif. /California Newswire/ — The Church of Scientology International shares the story of how Nfamara Jawneh and his nonprofit Equality for All (“Beakangyan” in the local language) helped end two decades of tyranny by raising awareness of human rights. His story is featured in an episode of Voices for Humanity on the Scientology Network. 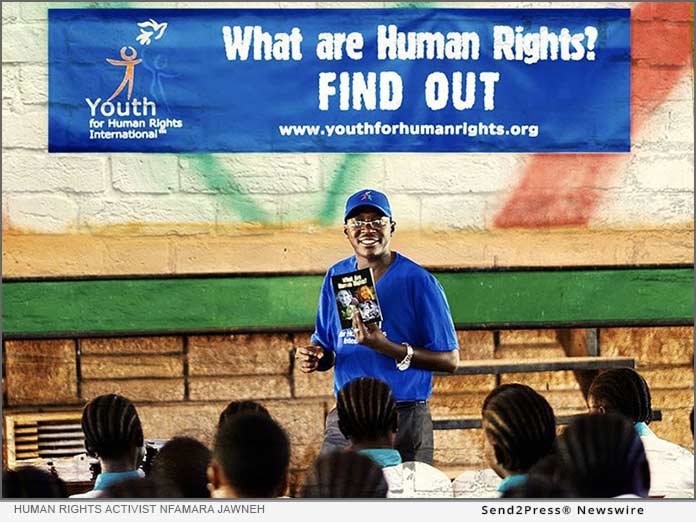 A 1994 a coup d’etat installed dictator Yaya Jammeh as head if state of The Gambia. The military helped keep him in power through rigged elections, corruption and force. Then, in the year 2000, when soldiers fired live ammunition into a crowd of student protestors, ending a dozen young lives, Nfamara Jawneh, a professional journalist, began writing exposés and giving radio and television interviews on the abuses of the government. This brought Jawneh into their crosshairs.

Rather than back down, Jawneh founded a human rights nonprofit. Its purpose: to establish a just society where everyone’s rights are respected. Learning of Youth for Human Rights, he requested and received educational materials which he used to raise awareness of the Universal Declaration of Human Rights throughout the country. His campaign is now credited with helping usher in a new era of democracy, with the election of a democratic president in 2017.

In 1948 the United Nations called upon all member countries to publicize the text of the Universal Declaration of Human Rights and “to cause it to be disseminated, displayed, read and expounded principally in schools and other educational institutions, without distinction based on the political status of countries or territories.” Youth for Human Rights International materials help people of all ages understand the 30 rights enshrined in the Universal Declaration of Human Rights. Creating a world where human rights are known and protected starts with effective educational programs that reach across all cultural and geographic boundaries.

Since launching with a special episode featuring Scientology ecclesiastical leader Mr. David Miscavige, Scientology Network has been viewed in 240 countries and territories worldwide in 17 languages. Broadcast from Scientology Media Productions, the Church’s global media center in Los Angeles, the Scientology Network is available on DIRECTV Channel 320 and can be streamed at Scientology.tv, on mobile apps and via the Roku, Amazon Fire and Apple TV platforms.

For more information, visit the Scientology Newsroom at https://www.scientologynews.org/press-releases/

Voices of Humanity: If the Slave Trade Was Abolished, Why Do an Estimated 40 Million Still Live in Slavery?