CORTE MADERA, Calif. /California Newswire/ — Dr. Don Harte, noted chiropractic activist and former Libertarian State Senate candidate, knows that the current debate on so-called ‘health care’ is wrong, on all sides. Dr. Harte explains, “Big Government subsidizes Big Pharma’s research, from which they make huge profits, which translates into huge profits for the medical industry as they use those pharmaceuticals, with prices so high that government needs to subsidize both Medicine and Big Pharma. 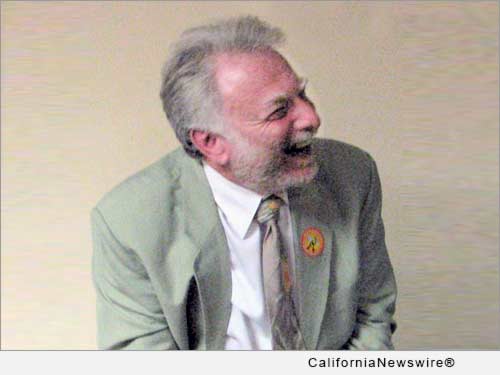 He continues, “All the while, government makes believe that they are regulating these industries, while they offer them protection from liability, and make some of their services, like vaccination, compulsory. Mass media now lives off the drug ads, as they breathlessly gush about new medical ‘breakthroughs.’ Together, they form what I call the PMMG, the Pharmaceutical-Medical-Media-Governmental Complex. How about we drain that swamp?”

“As the current ‘health care’ discussion rages on,” Dr. Harte observes, “there is a great deal of emphasis on ‘keeping costs down… affordability.’ While the Affordable Health Care Act has proven to be not affordable, neither will what is being proposed now.” He declares “Modern Medicine, by its very nature, cannot be affordable because it continually expands the demand for its services, by causing more sickness. And what kind of industry makes itself unaffordable?”

“The screaming truth that neither political party faces is that Modern Medicine is an abysmal failure across the board. Amongst the old,” Dr. Harte states, “there is the terrible epidemic of Alzheimer’s, which, in my opinion, is caused by a combination of commonly prescribed drugs that force blood pressure too low, the effects of the cholesterol-lowering drugs, too many psychiatric drugs, and too many exposures to general anesthesia for mostly unwarranted surgical procedures. Look at the current horrible health of children, from autism to Type I diabetes to life-threatening allergies. Trace that to the serial poisoning of children by the known neuro- and immunotoxins in the dozens ofvaccines they are forced to take. The rest of us? We seem to see the doctor, and take more long-term drugs, than any previous generation, yet we are sicker than ever, mentally as well as physically! Nixon declared a War on Cancer in 1972. How’s that working out?”

“There is a demand for more ‘access’ to ‘health care,'” says Dr. Harte. “Perhaps we would be better off… healthier… with less access. ‘Pre-existing conditions?’ A lot of these pre-existing conditions are caused by medical care, and a lot could be at least partially resolved outside of medical care, particularly with chiropractic care, which allows the body to heal itself by liberating its master system, the nervous system.”

Dr. Harte declares, “The solution to the so-called health care crisis is to promote actual health, through regular wellness chiropractic care, a more natural, non-GMO food supply, etc., while ending the immoral and extralegal government protection, promotion and support of Medicine and Big Pharma. A long time ago, Thomas Jefferson said, ‘Error alone needs the protection of government. Truth stands on its own.'”

Dr. Don Harte, former medical student, is a principled, traditional chiropractor serving Marin and the Greater Bay Area since 1981. He is an activist in the struggle for free speech for chiropractors. Dr. Harte was named 2006 “Chiropractor of the Year” by the World Chiropractic Alliance (WCA). He has served on the Boards of the WCA and the Council on Chiropractic Practice. His articles have been published in OMNI magazine, San Francisco Chronicle, Chiropractic Journal and Journal of the California Chiropractic Association.