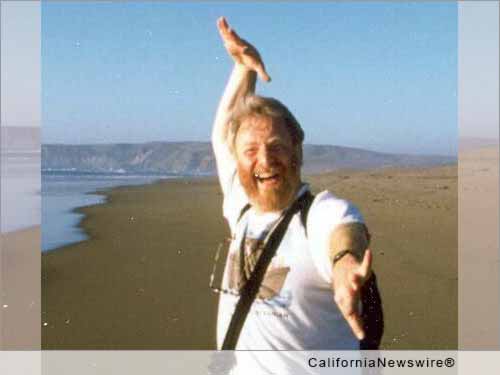 CORTE MADERA, Calif. /California Newswire/ — On May 14, the California State Senate approved SB-277 (with the Assembly and the Governor expected to agree), designed to destroy personal belief vaccine exemptions, including religious exemptions. "California is becoming, officially, as medically 'enlightened' as Mississippi and West Virginia, the only two states to have such draconian vaccine laws," says Dr. Don Harte, Marin County chiropractor.

"I have never seen such a groundswell of public opposition to something going on in Sacramento," observed Dr. Harte. "At each of four committee meetings, there were a couple of dozen mislead people testifying for SB277. Each time there were many hundreds of people, many moms with kids, some vaccine-damaged, testifying AGAINST. There were demonstrations against 277 in cities across the state." He goes on, "When Big Pharma is paying the bill, our corrupt politicians couldn't care less what the people, who they allegedly represent, wish."

"On top of all this," Dr. Harte says, "a bill has been introduced in Congress to force parents, nationwide, into risking their children's health by that barbaric medical procedure known as vaccination." He warns, "To those who don't have young children at home, 'They' are coming after you. Plans are being formulated to make vaccination mandatory for adults."

"This is a concerted campaign," Harte asserts, "to destroy liberty and to radically damage the parent-child relationship, while creating millions of new, sick customers for Big Medicine and Big Pharma to make billions of dollars on. All the while, doctors are happy to support tyranny. History records the collusion of doctors with Hitler and Stalin. The toll of sickness and disease, this time, will be worse! And the lack of informed consent in regard to vaccinations shows us that our current officials have learned nothing from the Nuremburg Trials."

Back in the 80's, noted pediatrician, Dr. Robert Mendelsohn, wrote of Medicine as religion, with vaccination as their "holy water."

"Now," Dr. Harte goes on, "Medicine is becoming the new State Religion. History shows us what state religions do to non-believers. Now, bereft of shame, they begin with defenseless children."

Dr. Harte has heard confused and frightened parents ask, "What else can I do to protect my children from disease?" He tells them, "Vaccinations do not provide true immunity. They don't work by normal immune processes, and they are full of known toxins. Better to promote health. Do that by feeding them well, loving them, and, by all means, get them under regular wellness chiropractic care, so that their immune systems are free to function normally."

Editorial Note: opinions expressed are solely those of Dr. Don Harte and do not reflect any opinion or policy of this website.

Push Button Care Mobilizes Certified Senior Advisors in Calif. and Across US to Provide a Local Response Team